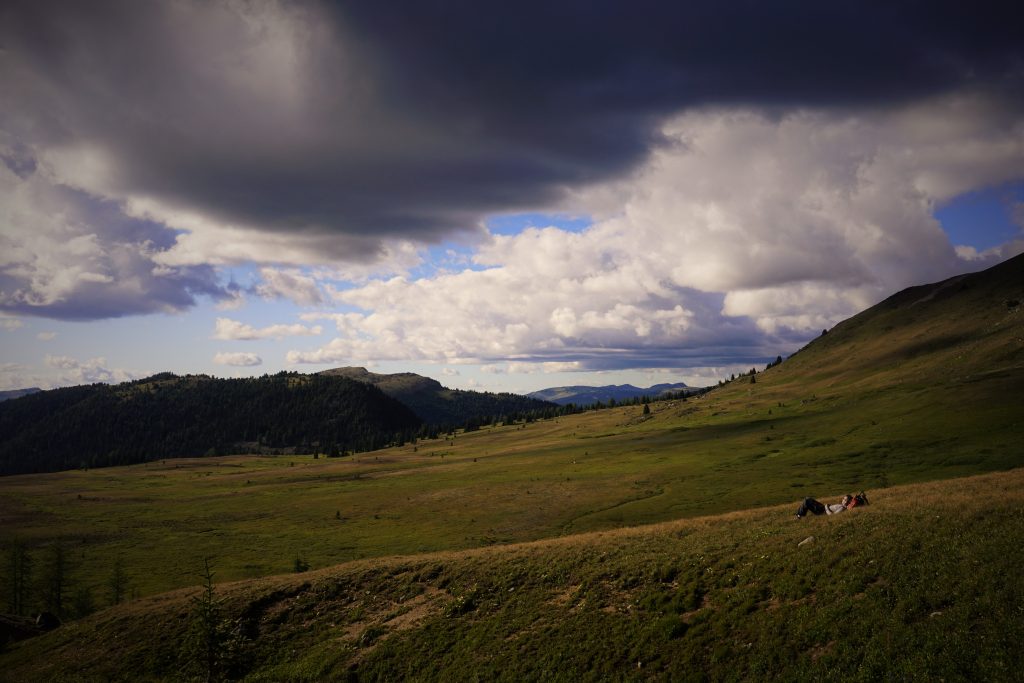 The Neverlands of the Cascades

The Pasayten Wilderness is a legendary part of the Cascades that few regularly visit. It is known for its vast solitude, long approaches, huge fires, and remote granite walls. As the easternmost part of widest part of the North Cascades, it is easily a four hour drive from Seattle and thus does not see too many visitors. But with a nice four day window, my dad and I decided to take a backpacking trip in the Central Pasayten to Whistler Basin.

The hike in the first day was long, meandering through pretty western pine forests. It felt more like we were in the continental ranges than the Cascades because of the dry trees and rolling hills. We crossed over Billy Goat and then Three Fools Pass. Then there was a long section in the valley before crossing over Larch Pass. The terrain finally started to open here and we entered the wonderful McCall Gulch in the late afternoon. The terrain was so foreign to me, with huge rolling grassy hills for as far as the eye could see!

Although a little tired, we continued on, determined to get to Whistler Basin the first night. We crossed the gulch and found a social trail up and over Whistler Pass. The view was stunning: a massive, lush, open basin probably a mile on each side and nearly flat! I had never seen anything like it in person.

We spent the rest of the evening relaxing and enjoying the sunset, which was framed perfectly down basin. The meadows here were simply wonderful.

The next morning we left camp with a light daypack for a little hike around Sand Ridge and up Sheep Mountain.

We passed a stock camp, where they haul in all kinds of luxuries like great food, big canvas tents, and even a portable shower!

Around Peeve Pass, we left the trail and began an easy off-trail climb of Sheep Mountain. The terrain was super open and mellow. The wind picked up a little bit though, making for cooler temps.

The summit felt more like just a high point on the mellow ridge, but at over 8000 ft, it certainly had wide reaching views! It was funny to look at the North Cascades, all the way to Shuksan and Baker, from such a different perspective. They felt so far away. And the Pasayten peaks felt so lonely. You’d think you were a hundred miles from civilization if it wasn’t for the clear cut marking the Canadian border a mile or so to the north.

We retraced our steps to Peeve Pass, but this time contoured west. We found the unofficial trail that follows the western side of Sand Ridge. As we got back into Whistler Basin, we entered an amazing wildflower display, unlike anything I had seen before!

After arriving back at camp, I took a quick run up the ridgeline and over to the summit of Ashnola Mountain.

We had another relaxing evening at camp and were treated to yet another great sunset.

The next morning, we took our time before deciding to start making our way back to the car. We returned to the top of Sand Ridge for one last high point.

Then we hiked back through McCall Gulch towards Larch Pass.

We stopped hiking early in the afternoon, making our final camp in the woods near a nice bubbling creek. The next morning, we finished the hike and began the long drive back home.

Overall, this was a very relaxing backpacking trip with my dad. Perhaps because of the similarity of the scenery and the endless scope of the terrain, the Pasayten Wilderness felt so calming and remote. Although I know it will be a while, I will be looking forward to coming back here someday and exploring more of this lonely wilderness.