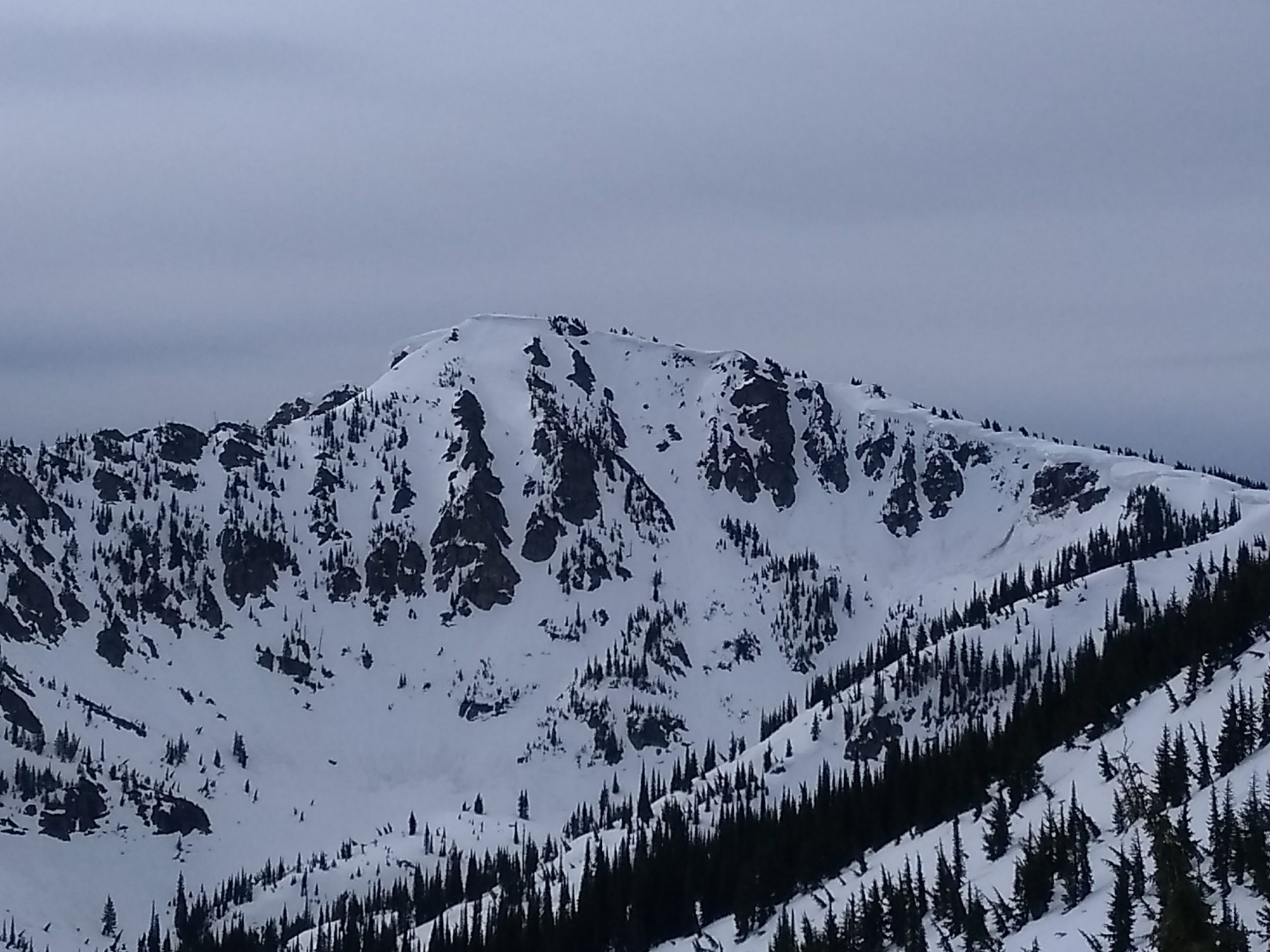 A few weeks before I graduated from Gonzaga University, Brant and I went out to ski some of the couloirs on the north side of Stevens Peak near Wallace, Idaho. It was my first time doing anything resembling “ski mountaineering” like skiing a steep couloir and my first encounter with spring conditions.

We drove Brant’s little car as far up Willow Creek Road until we reached a deep snow patch lingering. Of course, the snow ended shortly after, but we had to leave the car and start hiking. We schwacked our way through blowdowns and started gaining elevation on an old logging road that took us up the ridge to the west. Soon we got to consistent snow.

It was incredible how much easier movement got once we reached the alpine. With a supportive spring snowpack, we left the bushes behind and cruised up the ridge towards the NW Bowl of Stevens Peak with ease.

We stayed on the ridge over West Willow Peak all the to the summit. It was a pretty cool traverse!

Now it was time to ski the couloirs. The snow was already soft, as it had not really refrozen the night before, but stability seemed okay since it was still early in the day.

I was pretty nervous, as I had never skied a big line like this before. But Brant coached me down and I found it was actually pretty easy with the soft snow conditions.

The lines are mostly less than 1000 ft, so we decided to boot back up and ski a different couloir. By the time we reached the bottom a second time, the day was really warming up. We looked at all the cornices above us and decided it was time to head out.

We found some great corn skiing in a north facing bowl off West Willow Peak. Finally past the hazards of the day, Brant and I took some time to bask in the warm spring sun and relax. Then we continued down, skiing snow, road, and more snow. Brant showed me the “skier sneak”: how to walk between discontinuous snow patches without ruining your skis. I found it all hilarious. This is ski mountaineering? I love it!

With my college graduation just weeks away, this trip felt fittingly like a “graduation tour”. I worked hard over the previous two winters to become proficient at downhill skiing and basic touring. Skiing these small, but steep lines on Stevens Peak, I felt ready to push into ski mountaineering. Thanks Brant for another great trip!