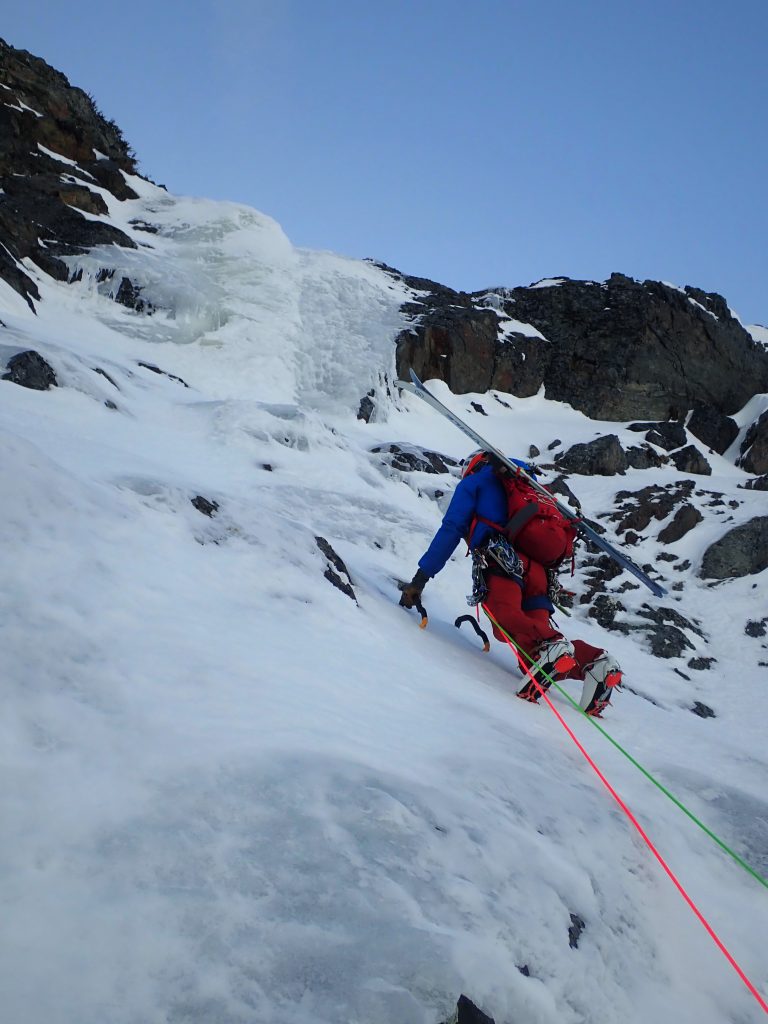 A Lifetime of Adventure

This post is dedicated to all the tough, rugged alpinists who were willing to explore, get beat up, and pioneer all these incredible routes.

The two most famous (non-volcanic) alpine ice routes in Washington are ironically two routes that usually involve relatively little actual ice climbing. These routes are, respectively, the NE Buttress of Chair Peak and Triple Couloirs on Dragontail Peak. These were naturally two of my first alpine ice routes and see frequent attempts each year.

After climbing both of these classic routes, I started to wonder what else was out there. And so I retreated into the depths of CascadeClimbers.com and found a plethora of big alpine ice routes, largely dating from the heyday of Cascade ice in the early 2000s. They were climbed once or twice, then dropped off the map into the archives, left to rot. Most were not terribly difficult or remote, but definitely adventurous in character. There would be no asking on Facebook for current conditions, but that’s half of the fun: not knowing what you’ll get until you’re there.

To help revive some of these climbs, I’ve compiled this list of “forgotten” alpine ice Cascade testpieces, or FACTs. To attempt any of these is obviously a far more serious adventure than lapping Chair or some classic, but could prove a worthwhile experience for a team with the right attitude and skill set. This is just a starting point, so feel free to comment and suggest other routes I missed and should be added to the list!

Disclaimer: alpine climbing is dangerous and involves risks. Avalanches, falling, and inclement weather are all hazards to be aware of. This is merely a list of existing climbs, not advice on how to safely climb them. For some discussion about predicting conditions, see my post on The Hunt For Ice.

I90 climbs offer the best access and easiest conditions to predict. There are undoubtedly many more climbs to be discovered in this area with easy access, generally good rock, and surprisingly rugged little mountains.

US2 offers some hotspots like the Stuart Range, with its steep granite peaks, and a sprinkling of other incredible routes in the Lake Wenatchee area. Weather is generally colder and drier on the east side, which is good for ice.

Close to Seattle but tragically overlooked, the peaks of the Mountain Loop are as rugged as anywhere in the North Cascades but with surprisingly decent winter access. The myriad of big climbs in this little region speaks volume to the incredible terrain.

Highway 20 undoubtedly has many huge ice lines, but difficult winter access has limited exploration. During lower snow years, the Cascade River Road could be a great area for exploration and development.

The areas around Baker and Shuksan are generally well explored, but still offer great adventure. The Black Buttes are one of the centerpieces for hard alpine ice climbing.

This area is dominated by the mountain, but I’m guessing the Tattosh have good stuff and certainly easy access.

I don’t know much about Hood, but I’m sure there are some great routes that are infrequently climbed, so I’ll take suggestions here!