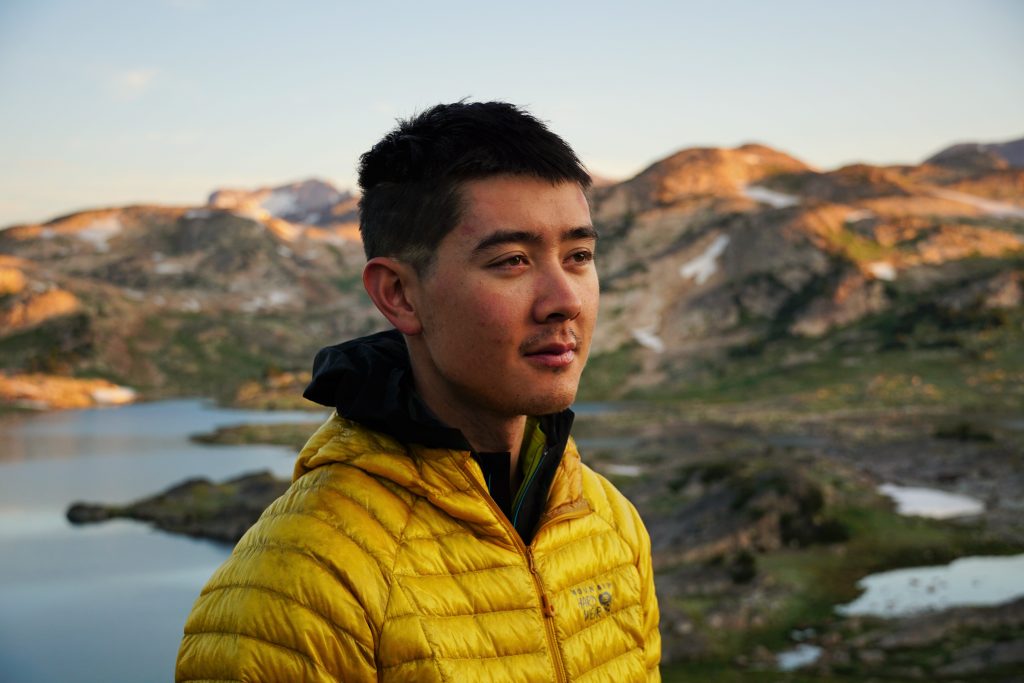 The Wind River High Route? NE Buttress of Goode? Teton Crest Trail? Covid-19? The passing of two of my contemporaries in accidents?

Summer 2020 has been a roller coaster for everyone. As an individual, the only thing to really do is learn to ride the ups and downs. Anticipate and react, but try not to expect. Expectations are dangerous. But dreams are powerful.

Summer began off in a disappointing way. I cancelled my late June trip to visit Brant in Alaska due to Covid, and it rained every weekend, without fail. I think it rained 6 or 7 straight weekends June through early July? But what could I complain? There was a global pandemic happening, and at least I still had my two legs and freedom to run and explore.

This was supposed to be the year I dove deeper and deeper into the North Cascades. Skimo season was a resounding success despite my accident on Sloan and Covid, but summer was looking like a bust. I did a lot of chill, but faster paced day trips on the east side, running from the rain, and sometimes in the rain. This wasn’t what I envisioned or expected. But sometimes the mountains have a way of leading you to certain places, like a huge adventure run in the Pasayten Wilderness or that epic day around Mt. Aix in some mountains I had never heard of. Take what the mountains give you. Expectations are dangerous. But curiosity is powerful.

Suddenly, a switch flipped and summer arrived. After tons of daytrips, I was feeling a little burned out. So Steve and I spent three full days climbing Mt. Goode. The sunset from the highest point in North Cascades National Park is still burned into the front of my mind.

Three days of photography, lounging at camp, and true wilderness climbing was just what I needed mentally. I was ready to go fast and hard again. So the next weekend, I took off on the Grand Loop, a formidable trail loop in the Olympics. I felt like I was floating most of the day. Even with some off trail ridge running, a swim in a lake, and some route finding troubles, I was only an hour off the FKT. Where did that speed come from?

Before this summer, I never used any electrolyte mixes. My legs would always cramp up around 7k to 8k gain and I struggled beyond that. Last fall, on the Triple Rainbow High Route, Dylan gave me some electrolyte pills and the cramps went away immediately. Now, I’m drinking electrolytes with nearly all of my water, and it was made an insane difference. I think my overall speed throughout a long day has improved by 10-20%. Such a small change has given me a breakthrough equivalent to years of training. What if there are other little adjustments I can make? So much of being a fast mountain runner is just being an experienced mountain runner. It’s exciting to know that my best years are still a decade ahead of me.

And just like that, my Cascade summer was over, before it felt like it even got going. After the Alaska trip fell through, I made plans with Sam and Logan for two weeks in the Yellowstone Area. Combined with an annoying work on-call rotation, my next free Cascade weekend would be the end of August, which is hardly summer in the Cascades. The end felt premature. But I’d rather be left hungry for more than to feel burned out. Hunger is the engine of the underdog. It’s hard to leave the Cascades in their prime, but traveling always gives me new ideas and a new appreciation for my home range.

Our road trip was centered around two high routes: the Beartooth Plateau High Route and Wind River High Route. The Beartooth was completely wild. Montana has a lot of awesome ranges that most people have never heard of, and the Beartooth is the crown jewel. The Winds were just as magnificent as expected.

Ever since my sister and her husband got me a nicer zoom lens for Christmas, I’ve experienced a resurgence in photography. With more zoom, there are so many different shots that I can capture. It helped to travel with Sam and Steve, both knowledgable on the subject. I don’t think I’ve ever spent as much time in the backcountry, lounging at camp, watching the sunset, as this summer. Slow and light. It’s the future of alpinism. Trust me.

After the high routes, Sam and I made our way back, with some day trips to counter all the backpacking. The Teton Crest Trail was predictably stunning, but the surprise of the trip was the infinite plateaus of Togwotee Pass. A lack of expectations is total freedom. When you think you’ve seen everything, that’s when you have just scratched the surface.

I feel like Sam and I did a perfect job pacing the road trip, maximizing each day while not burning ourselves out. The variety of styles, from backpacking to trail running to off trail exploration, kept us mentally fresh and also allowed our bodies to recover. This summer, I have done a better job than ever before managing myself emotionally and physically. With lofty goals and fickle mountain conditions, it can be tough to maintain balance. Bad weather will drive you up the wall, then good weather will push you too hard. Maturity has meant learning to listen to my body, anticipate conditions, and know when to save myself so I’ll be ready when it finally is time to send. Last summer didn’t feel sustainable. Last year I was fighting the roller coaster at times; this summer I was riding it. But what does it mean to build the roller coaster?

In addition to a global pandemic, increased work responsibilities, and fickle weather, another challenge I’ve faced this summer is the aftermath of my accident and the passing of two contemporaries I knew. I have become extremely good at visualizing everything that could go wrong from a block pulling off, a foot slipping, etc. Fear is never far. It holds me back in more technical and exposed spots, but I know it’s a part of growing and recovering. North Index was a sketchfest and reinforced that mental recovery is long ways away. Someday I’ll be ready again. But I have had an incredible summer doing things that feel less intense, like high routing and trail running. The roller coaster has taken me to new places, and I am grateful for that.

When I returned home, summer was on its last legs. Still, I was able to squeeze in two more backpacking trips. My family went up for a night to the Chain Lakes, some random lakes in the Alpine Lakes Wilderness, chosen mostly because we wouldn’t encounter crowds there. But the lakes blew us away, as beautiful as any lake in the Alpine Lakes and any lake in the Winds. Beyond all expectations. I love being surprised more than impressed.

With a splitter Labor Day forecast and a solid group of four, we completed a late season traverse of the Watson Blum High Route. After so much high routing in the Rockies, the North Cascades were a rude smack in the face with wet brush, mossineering, and post-glacial weirdness. But the terrain was also just as beautiful, or maybe even more beautiful, than anything I had seen all summer, all around the West. We could have taken the ridge just west, or east of us, and the narrative would have been the same. Every once in a while, I leave this state, but I always come back. And each time I return, the Cascades have seemed to multiply in their wonder.

When we got home from that North Cascade wonderland, the smoke finally caught up to us, and like that, summer was officially over. I never really pushed the boundaries this summer, but in a way, it’s reassuring to know that I don’t always have to. Now it’s time to lay low, watch the colors change in the hills, and puzzle what’s next. 2020 has taught me that expectations are futile. But dreams are everything.

Thanks to everyone who joined me in my journeys this summer. To greater heights, to unforgettable sights. The only way is up.