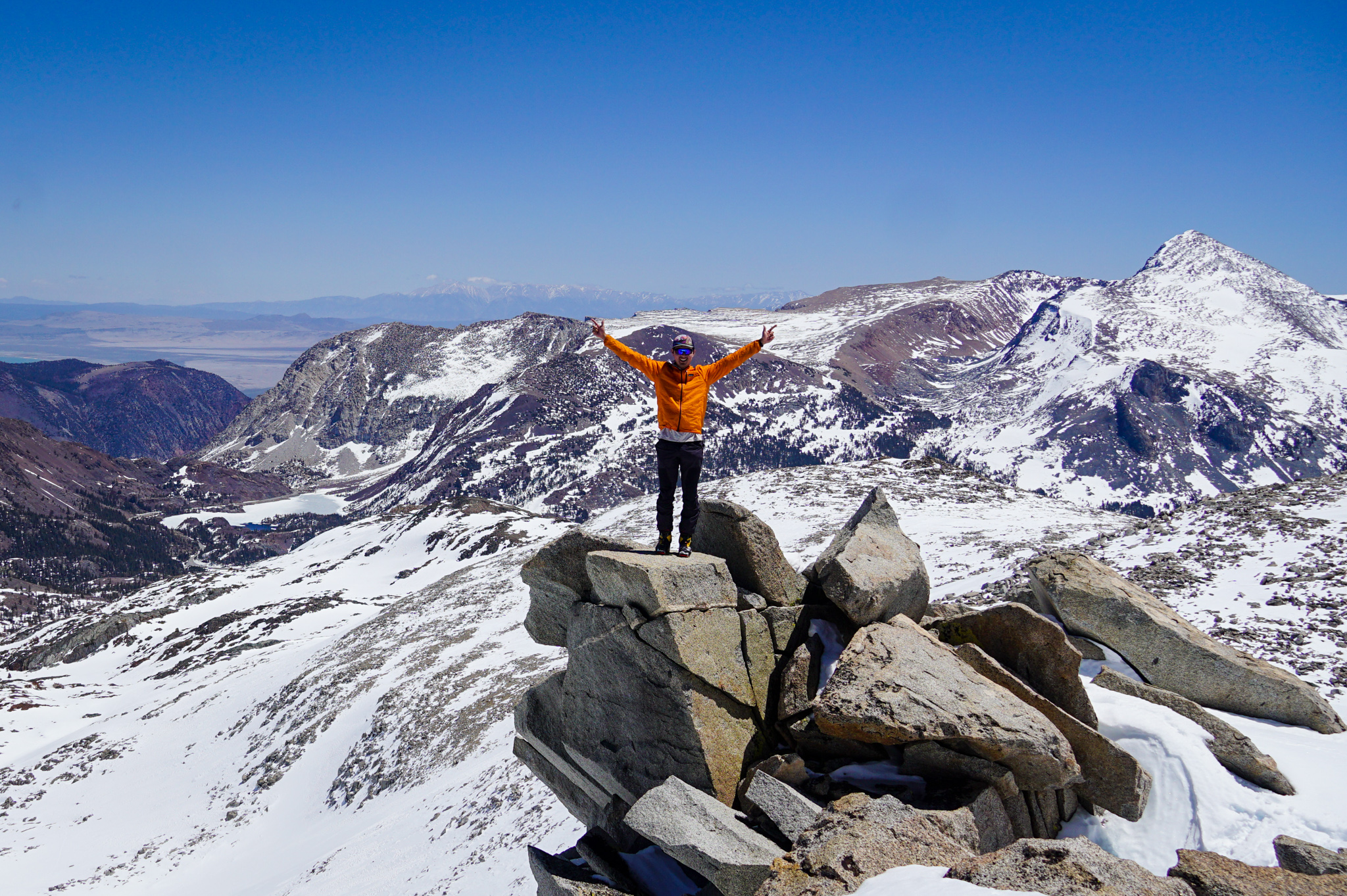 John had promised me all along that if I came down to the Sierra in April, we would ski ripper corn. It was Day 9 of the trip, and we still had not skied any bona fide corn. So we decided to end the trip with an easy tour up to False White and ski its gentle east face, which looked like a corn factory.

John and I had held up remarkably well the day before on the Dana Couloir, considering we were coming off an 18 hour day to ski Banner and Ritter. But we both woke up this day feeling much worse, with a case of the DOMS (Delayed Onset Muscle Soreness). We both bonked… before even leaving the car. John struggled to put on his ski boots. Hopefully one more zonk was within us.

We started from Tioga Lake and skinned up to the pass just north of Gaylor Peak. We passed “Mineshaft Pass”, where I had been in 2018 on the Sierra High Route, and I was able to point out where the mine shafts were, even though they were filled with snow.

It was perhaps the most pleasant day of the entire trip, with a gentle breeze and perfect temps. The low angle skinning allowed us to go at any easy pace and recover. Crossing onto the north side of a ridge to reach False White, we encountered patchy snow and rocks, but it was not too annoying.

It was an easy skin to the “true” summit of False White. Today was all about the vibes, so we played some tunes from John’s speaker and chilled in the warm sun. Tioga Pass has the same vibes as Washington Pass when it opens in the spring. Roadside grilling, costumes, beverages – it feels like a party with everyone excited to just have easy access to high country.

We had high anticipation of corn, but the steeper slopes were only corny mush. But down lower, it transitioned to real corn. CORN! AT LAST!

We rallied for one more lap before heading out.

For our final run, we sipped a Margarita, stripped down, and finished in style!

It was a fun finish to a tiring, challenging nine days in the High Sierra. We gave it all we had, and made the most of variable conditions. Now it was time to return from my vacation so I could finally get some rest.