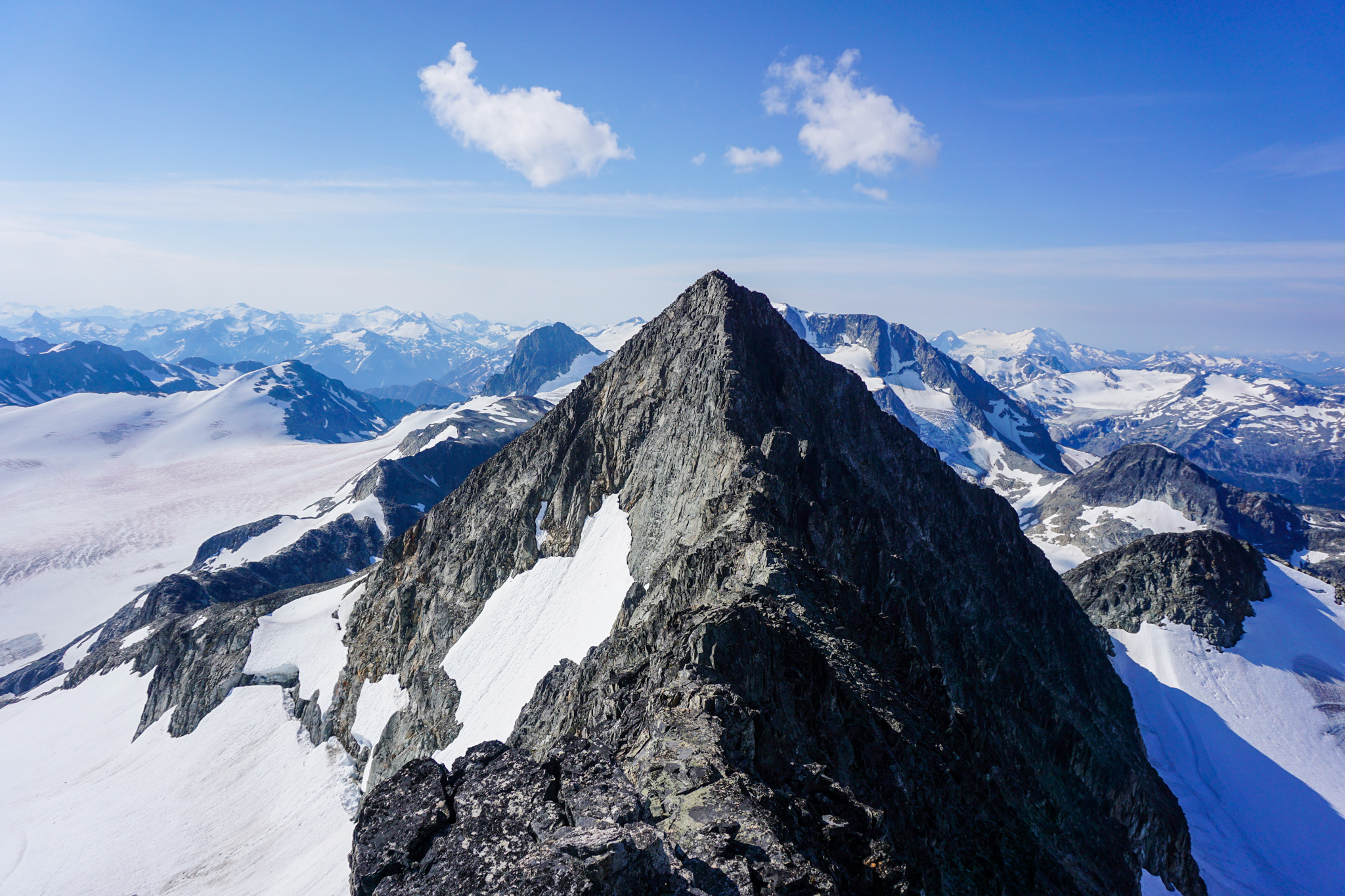 From Sea to Sky

Despite our proximity to British Columbia and the abundant mountains up north, I have spent remarkably little time exploring the mountains of British Columbia. I have done some ski trips to the interior, but never once visited the Sea to Sky Highway for skiing at Whistler or climbing at Squamish. But this year, Kelly signed up for the Squamish 50k race in mid August, which gave me an excuse to visit. I had one free day before her race and wanted to explore the region.

My original plan was to do a low circumnavigation of Garibaldi Lake, the classic spot. But this area is incredibly popular and requires day use permits, which can be obtained two days before starting at 7 am. Unfortunately, I forgot about it until 7:30 am and by that time, all the permits were gone. I turned to my online friend Peter Nowicki, a crusher from North Vancouver, and asked him for recommendations. He suggested the Armchair Traverse and a quick search confirmed that this was a great option! The best part? No permits!

The Armchair Traverse is a class 3/4 scramble between Mt. Cook and Mt. Weart, two 9,000+ ft peaks near Whistler. It avoids any glacial travel, which make it easy for a solo trip. I started off with the steep hike up to Wedgemount Lake. For a popular day hike, the trail was extremely technical, with more roots than the old Mailbox Trail. After about two hours, I popped out at the lake, which was perfectly still in the early morning. There is a hut and developed camping platforms all around. I sat with some campers who were enjoying coffee and chatted for a while.

Only about fifty years ago, the Wedgemount Glacier spilled into the end of the lake. Now it has receded far enough to reveal a few more small lakes. But the lake still has retained its deep turquoise hue. All lakes, even the ones down low, and rivers in the Sea to Sky Highway are colored from glacial runoff. It even spills into the ocean in Squamish and turns the bay aqua.

When I got cold, I said goodbye and started hiking up the south side of Cook. For a while, I followed a faint trail through pretty heather meadows.

Higher up, the climb became annoyingly loose rock. It is not hard, but not really that fun. As I reached the summit of Cook, I turned around and watched another hiker speedily catch up to me.

I waited for the man to join me. His name was Oskar and he was a local from Squamish. He said he was surprised to see anyone else out here.

Oskar waited on Mt. Cook and let me get a head start on the traverse. The traverse was quite fun, with some pretty decent class 3/4 climbing and exposure. The rock was a little loose, but not too bad. The position, however, is extraordinary.

The final section to the summit of Weart is by far the best part. There are sections of flat “sidewalk in the sky” and steep knife edged climbing to the summit.

The actual traverse was over pretty quickly! It was an hour of solid movement and fun. Oskar was flying and finished it in 45 minutes, getting the Strava segment.

I had to take the opportunity to pick Oskar’s brain about things to do in the area. He recommended scrambles on the Chief and other peaks. He said his favorite spot was the Tantalus Range. The Tantalus is clearly visible on the drive up to Whistler and definitely captures the imagination of a climber. It is like Forbidden Peak and the giants of the Cascade River Road, but so tantalizingly close. Perhaps that is why they call it the Tantalus Range. I will need to make it out there sometime.

It was a day of sauntering, and I felt little motivation to leave this wonderful summit perch, but eventually began to make my way down. It was pretty easy to figure out where to drop off the ridge to the right – stay on the ridge until it flattens, then cut back right.

The rock was annoying on the ridge, but once I dropped off the ridge, it got real bad. There was occasionally some snow to help, but mostly extremely loose fresh moraine. One particularly bad section was probably amongst the top five worst moraines of my life.

I took my time and carefully made my way down to the terminus of the main Wedge Glacier. There were many day hikers here, as walking to the tongue of the glacier is apparently a thing. The walk gets longer each year.

The main lakeshore of Wedgemount Lake was buzzing with hikers as I arrived. I passed the same group of campers I had talked to in the morning and said hello again. Apparently I had told them I would return in five hours and exactly five hours had passed. I am strangely good at estimating these things.

As I started down the trail below the lake, I noticed a man walking very slowly. I approached him and he said he had sprained his ankle. There was still over 3000 ft of technical trail to descend. I gave him some Ibuprofen and my hiking poles and told him to return the poles to me in Whistler when he got down. When his partner brought the poles to me later than evening, she thanked me and said he might not have made it down without the poles!

The Armchair Traverse was a pretty great introduction to this part of British Columbia, the Sea to Sky Highway. It was awesome to climb 7000 feet out of the forests and scramble a ridge high above glaciers and lakes. The mountains of BC are so vast; many adventures await!