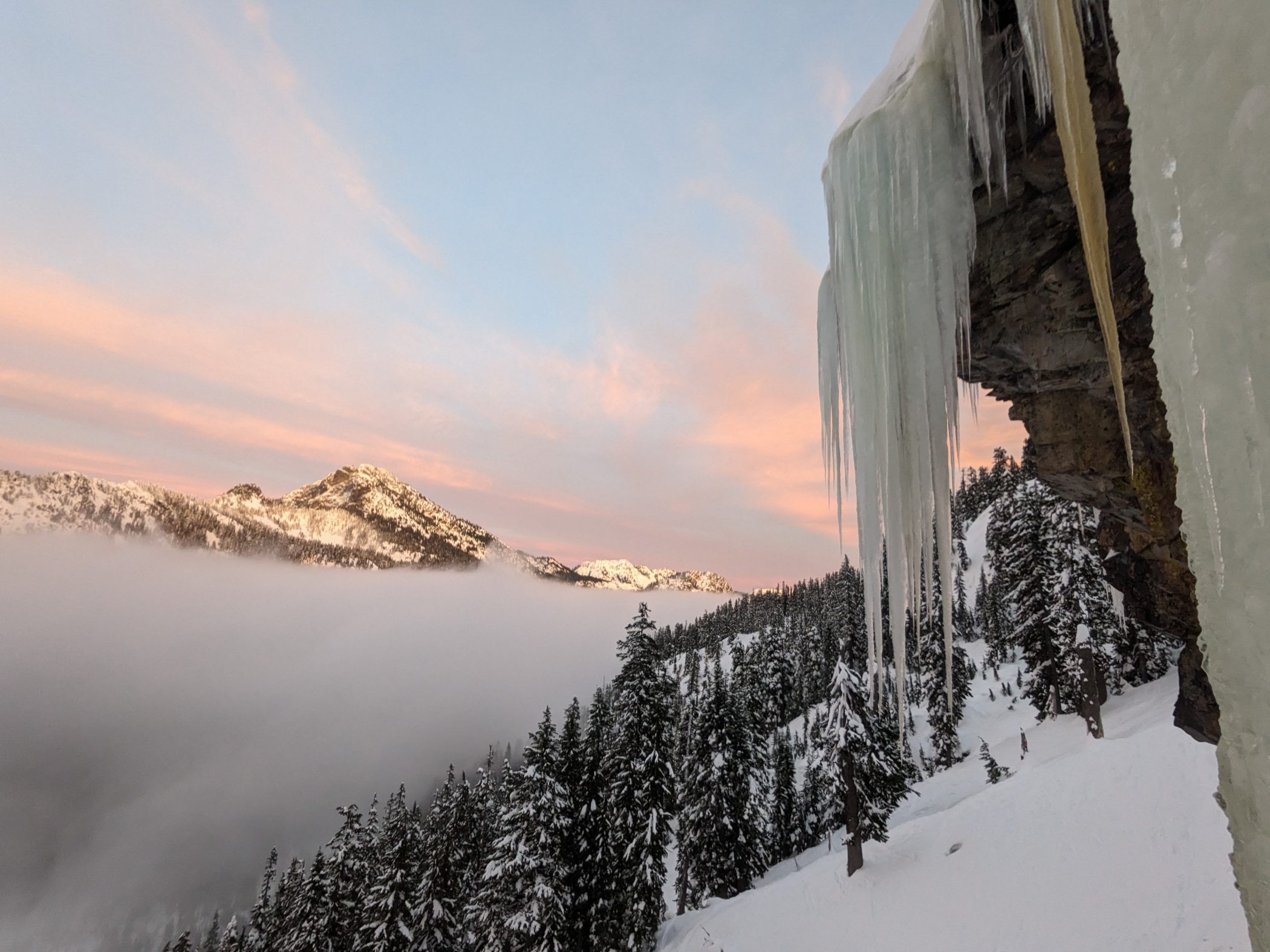 Rap Wall at Snoqualmie Pass might be the most climbed ice crag in Washington. I had passed the wall dozens of times, but never bothered to climb it. Rap Wall is home to Ghost Dog (M11), one of the hardest mixed routes in Washington. But it also has easier routes like Hotline. John and I decided to check it out after work one day.

Rap Wall sits about 500 ft above Source Lake with an eastern aspect. There is also a wall just down and right of Rap Wall that has some easier ice routes.

We stashed our skis in the cave and hiked up to the base of Hotline. The pillar was just barely touching down, in WI5+ to WI6 condition. The ramp looked like a good option for us.

I racked up and led Hotline Ramp. Despite having “ramp” in the name, the route is still dead vertical for the first 15 feet and no cake walk after. Instead of following others through a slot with a bush, I traversed left, making things more difficult for myself with tricky traversing moves and some less than stellar ice. I would have been better off just continuing straight up. It was my first ice pitch in a full month since climbing Flow Reversal just nextdoor.

The route was a full 25 meters and actual ice climbing for nearly the entire way! John lowered me down and then took a try, making it most of the way up before pumping out. This was his first real pitch of steep ice ever and probably not the most beginner friendly.

I took a few more laps as the sun set and we admired the fog below us and alpenglow in the skies above. I tried the Hotline Pillar. The start was slightly overhung and too thin for good feet, forcing me to do a lot of pull-ups and lockoffs, which is not my strength. I made it up, but was pumped out of my mind. It was definitely the hardest pitch of ice I have ever top roped!

As the light faded, we pulled the rope, packed up, and skied out with our headlamps. Not bad for an afternoon at Snoqualmie!