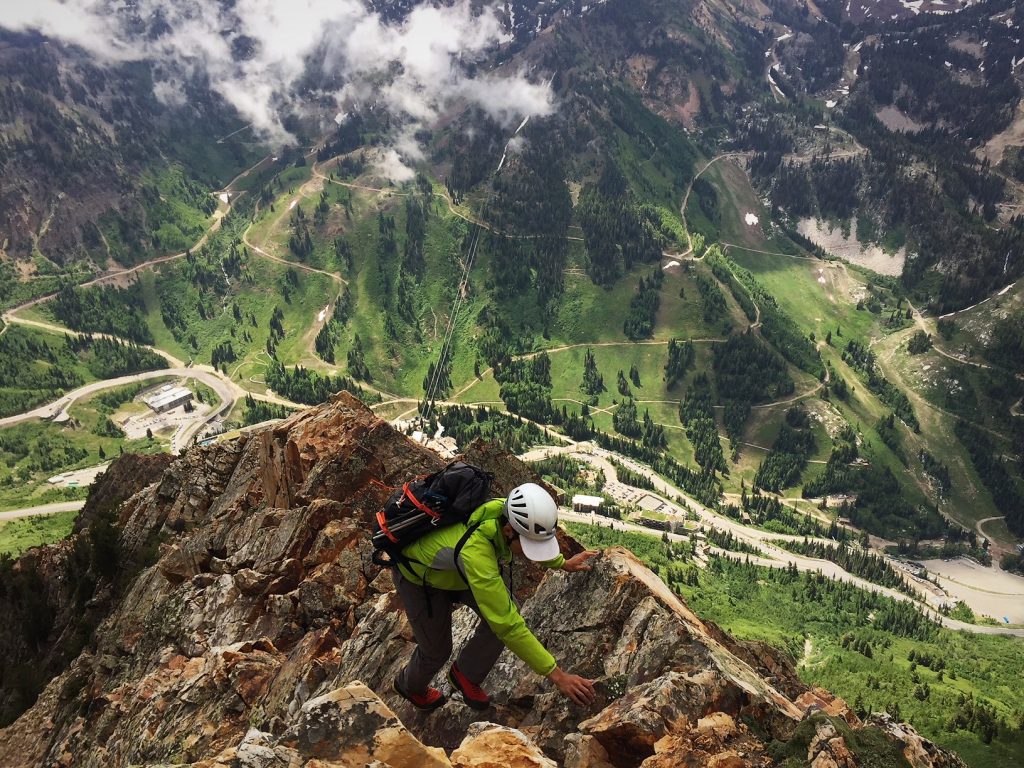 When we arrived in Salt Lake City, we introduced ourselves to Danny and Jess, a nice couple who would be letting us park our van outside their house and use their facilities as needed. We had never met the two before, but were connected to them fthrough Anthony, a crazy solo adventurer whom I had met on Glacier Peak the previous summer as he solo-biked from Canada to Mexico climbing ultra-prominent peaks along the way. Although Danny and Jess had a more traditional lifestyle, they still were super talented runners and climbers. Naturally, we asked them for recommendations, and the classic South Ridge of Superior came up quickly.

The next morning, we made the long drive into the mountains (much sarcasm here) and parked near the base of Mt. Superior. We had a little difficulty identifying the correct ridge, but eventually figured it out. Within minutes, we were scrambling up 3rd class reddish color rock. As the we got higher, the ridge got steeper and the scrambling better.

Throughout the climb, we passed these weird huge metal fixtures. We think they were for avalanche control. The Wasatch range is interesting in that it has word-class accessibility but no real wilderness feeling (it’s hard to get out of sight of a ski area). I imagine much of the Alps and European mountains to be like this.

Higher up, we got to a cool narrower section in the ridge. We were making more exposed 4th class moves.

About two and a half hours after leaving the car, we reached the summit. Clouds were swirling all around us, but luckily no thunderstorms were developing nearby. Still, we did not linger too long.

The hike down took nearly as long as the climb up, but we were still down by around lunch. We drove a few miles down Little Cottonwood Canyon for some afternoon cragging. A great start to Salt Lake City!