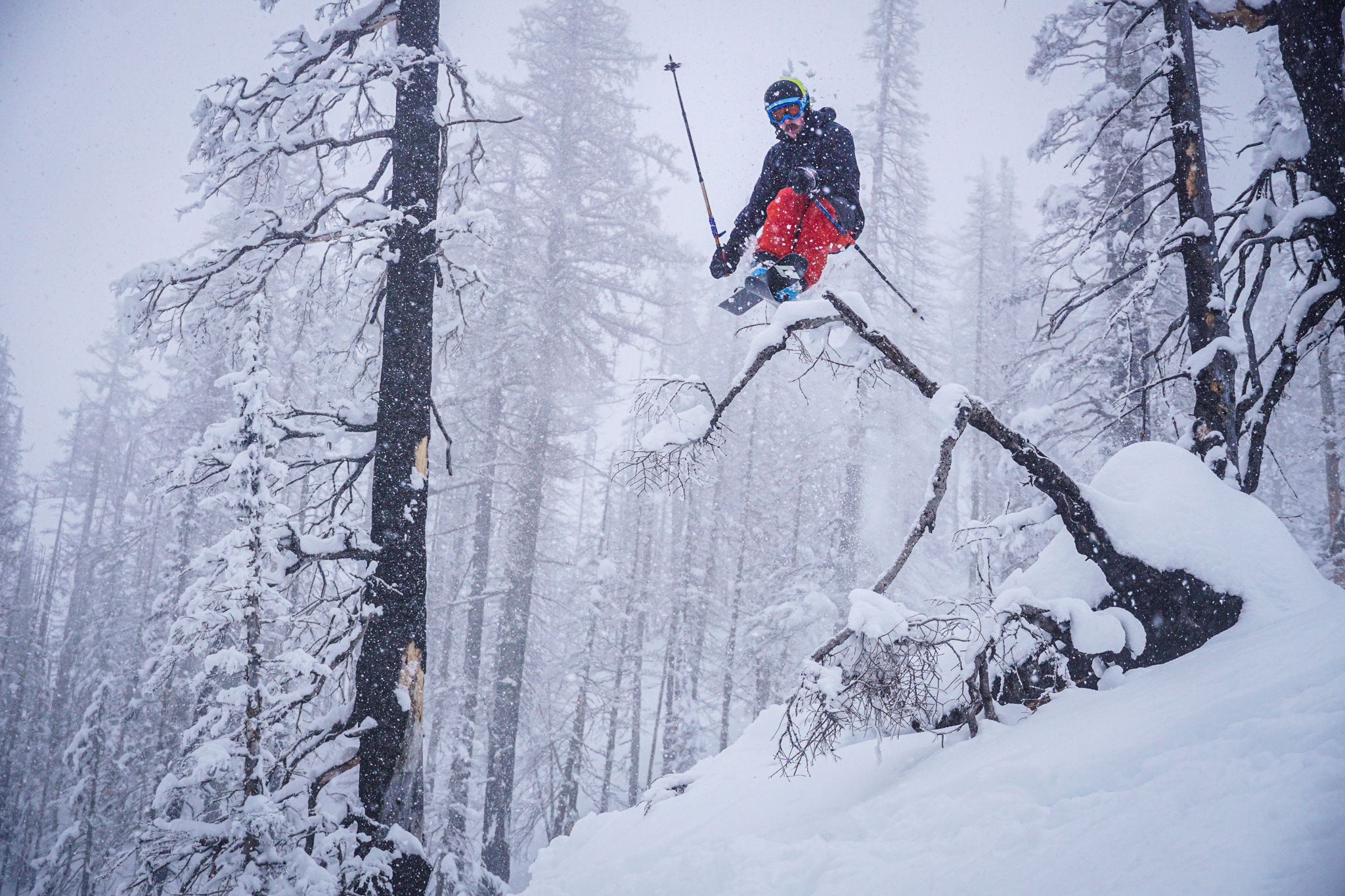 Beginnings of the Blewett Booter Boys

I have always been curious about the Eastside ski touring around Blewett Pass. People speak of bluebird days and great powder, but also thin coverage and persistent avalanche problems. With a favorable forecast, Jon, Jack, and I headed out to Blewett Pass for some exploration.

We started at the pullout a mile north of the pass proper and followed the nicely maintained trails up valley. Without these trails, skiing would be perilous here because only a foot or two of snow rests on the ground most of the winter.

The pine trees, gentle hillsides, and shallow bushes reminded me and Jon much of Spokane and skiing in the Inland Northwest. College was only three years ago, but increasingly I find myself getting sentimental when memories of it are conjured.

Not really knowing where to go, we just followed a summer trail to the saddle just north of Tronsen Head. We had identified some potentially good low angle glades to ski.

Unfortunately, we got suckered into skiing a south face back down into the meadows. Blewett Pass is very far east and does not get much snow, so south faces like this are risky. We bounced off hidden tree stumps and prayed to the P-tex gods. We made it out unscathed.

From here, we revised our plan and toured back to the saddle but then over towards Tronsen Head, with plans of skiing the NE glades of Tronsen Head. Here we found an established skin track and other skiers. After a brief steeper initial drop, we entered 800 ft of beautiful glades and a foot of light snow.

We took a few laps, probing around. The terrain is super playful, with lots of little jumps, gullies, and roll overs. There is plenty of room to spread out and get fresh tracks. Most of the terrain is beginner friendly, but you can definitely get shifty with it if you want to push more.

Throughout the day, the distant mountains never revealed themselves, but we were content to gaze across to the snowy Eastside hills and forests. The rolling hills extend into infinity or the abyss. It reminded me so much of the scenery at Sherman Pass – there is not a single feature of interest, just a mural of shapes of shadows together in a vast, beautiful landscape.

I was feeling pretty tired since I had not exercised at all in the past few weeks, recovering from an oral surgery. So I suggested we take a break and built a jump, or a “booter”. Jon and I had our eyes on one spot from the start, a steeper section with a small tree to clear. So we set out to build another backcountry booter. After all, we are the Baker Booter Boys.

After the build, we were ready to send it! The kick was pretty hard, so Jack and I struggled to keep our weight forward.

Jon tried a few times, but did not quite have the air or timing to clear the tree. He was getting pretty exhausted, but we convinced him to rally one more time.

With the light fading, we knew it was the last go. Jon approached a little slower and launched better, popping off the jump. He tucked his legs and cleared the tree perfectly, with a little tap for atop the branches for good measure. Perfection!

We were all happy with the results of the booter session and so we decided to head out. We found even better snow on the last run before cruising down the nice trails back to the car.

The terrain and ski potential of Blewett Pass definitely exceeded our expectations. While Blewett might not have any crazy couloirs, it does have a variety of mellow to steeper terrain with some of the most fun glades I have ever skied. I think I will definitely come back from time to time to enjoy the varied scenery and favorable snow quality.